What’s Happening to the Nike Swoosh? 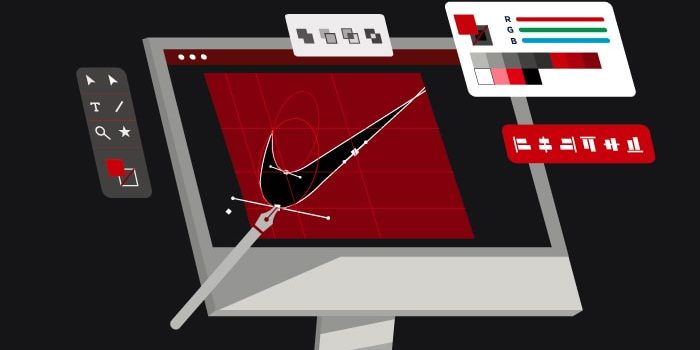 When we see it, we just know what brand it is, that’s the power of the Nike Swoosh! From Blue Ribbon Sports to the iconic sportswear giant we know and love today, Nike walked the walk. But in the marketing world, you’re as memorable as your logo. And we definitely remember the Oregon company and its logo. So how did it evolve through the years, and what’s its story? Let’s find out together! 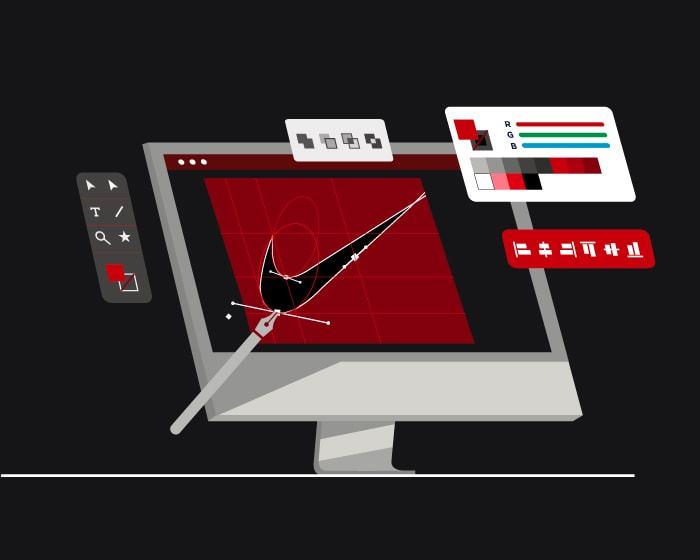 Where It All Began

The all-time Nike swoosh along with the slogan “Just Do It” went through a series of changes with time. It finally became the iconic logo we see and love today. The Nike swoosh we see today is not the initial swoosh the brand started out with. Heck, the whole company name isn’t the initial name the brand used. The company began as “Blue Ribbon Sports” by Phil Knight and his coach Bill Bowerman! But later on, the name became Nike, which we’ll explain in a bit! Starting from the 1970s, the graphic designer Carolyn Davidson created the first mockups of the logo. However, they didn’t quite get a thumbs up from Phil Knight, Nike founder and accounting professor back in the day. His actual words were “Well, I don’t love it, but maybe it will grow on me.”

The Nike swoosh logo received a series of font changes from a cursive serif font to Futura Bold. The logo was even put in a red square for a short time. After that, it was around the mid-80s when the Nike slogan “Just Do It” came to life. Pretty motivating right? Well, these were the last words of the Utah killer Gary Gilmore when he faced execution. But the slogan soon became famous thanks to Nike. The company grew and signed many superstars, with the highlight being Michael Jordan! In 1995, the Nike swoosh became the final one that we all know today. And Nike sneakers and Jordans became great assets for worldwide sneaker resellers!

The brand and the logo both offer complex things with minimal looks! The Nike swoosh borrows the wing shape of the Greek goddess of Victory. And guess what her name is? Nike! The word swoosh also symbolizes the sound of speed, so there you go. So all in all, the logo and the brand both convey the message of speed, efficiency, and victory! These swoosh characteristics would transfer to and inspire every person through Nike kicks or sportswear. 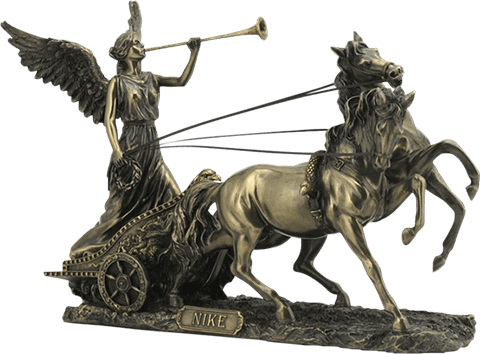 Who would’ve thought that the $35 logo would become the symbol of speed, athleticism, and quality for sneakers and sportswear? In order to stay on top of the game, Nike strives for innovation, style, and comfort. But most sneaker brands are adding a fashionable sense style to the strictly sports sneakers. So Nike and its sub-brand Air Jordan are creating alterations of the Nike Swoosh. Here are several design alterations that we can see on different Nike and Jordan sneakers. Although it’s a simple change, it kinda gave new life to the kicks!

Much like his music, Travis Scott’s sneakers are very original and unique. And one of the features that stand out the most in his kicks is the backward Nike swoosh. This Swoosh was the focal point of his Air Jordan 1 in both High and low versions. But Travis was not the first to tweak Nike’s logo. And he’s certainly not the last!

Nike decided to add removable swooshes for a change to several of their kicks. Usually, the pair comes with several swooshes of different materials and colors. One of the most famous kicks with removable swoosh, it Travis Scott’s Air force 1! The sail and white colorways resell for $1,000+ today! 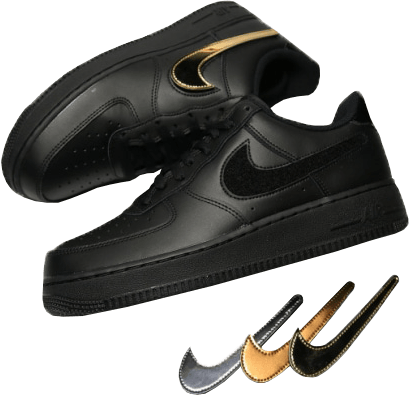 Jewel swooshes seem to be liked and used more often in the sneaker market. Here, we have the Air Jordan 1 Mid “Fearless” and before it the Supreme SB Dunk Low featuring jewel swooshes. It’s a pretty fancy look if you ask me! 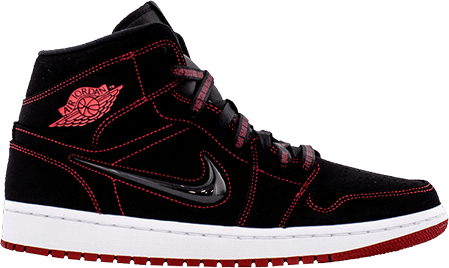 The first of its kind, the striped Nike swoosh appeared on the women’s Nike Air Max 1. That was the first time the swoosh drops in a non-classic design. Three stripes replaced the usual pointy end of the Nike swoosh! 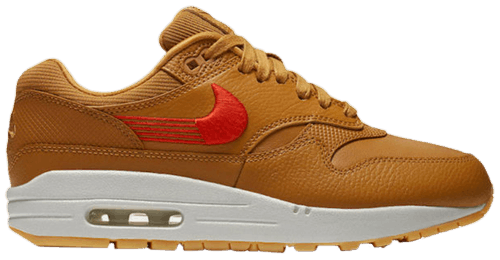 Another interesting Nike Swoosh design is the 3D swoosh. That’s easily done by stacking up several swooshes of different colors, and voilà! This design obviously gives a pretty cool effect to the sneakers. We can find the 3D swoosh on the Nike SB Dunk x Parra collab. We also got another one on 2019’s “3D Glasses” GS Air Force 1! 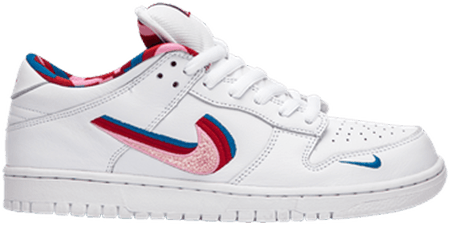 What Could Future Alterations of the Nike Swoosh Look Like?

Could any alteration inspire fixed logo changes? Well, we’re definitely interested in seeing what the sneaker giant has in store for us. But if you wanna grow your sneaker collection, you gotta try copping the kicks using NSB! NSB is an all-in-one bot that will help you cop on different websites. From Footsites to Supreme, to Shopify, NSB will help you through it all! Godspeed 🔥