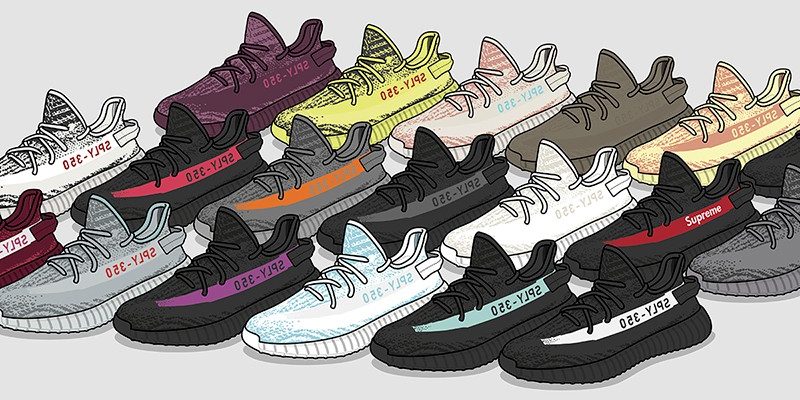 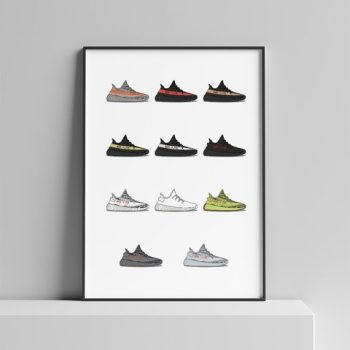 Kanye has proven to be quite the sneaker designer since the Adidas x Yeezy collaboration which started the beginning of December 2013. The first Adidas Yeezy boost 350 was released on the 27th of June, 2015. The design featured a grey and white colorway called “Turtle Dove”.

The Adidas Yeezy boost 350 collection has been a very distinctive and successful silhouette. Not to mention the characteristics which make the quality and good reviews totally live up to the hype.

There are two styles for the Adidas Yeezy Boost 350 sneakers so far: The original Boost 350s and the Boost 350s V2. The main difference is that the V2s have “SPLY 350” written along the side of each sneaker.

The ranking, as shown in the tables below, is a cumulative rank of the Adidas Yeezy boost’s design, average price increase compared to the original price according to StockX, and its availability in the sneakers market. The opinion of a person who is well-versed in the world of Kanye West-designed sneakers and part of the biggest Kanye-dedicated group on Facebook, Vivian Frank, was taken into account for the overall ranking of each Adidas Yeezy boost 350.

The overall ranking of the 5 best Adidas Yeezy Boost 350s is as follows: 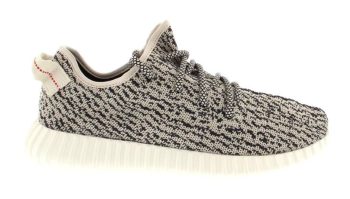 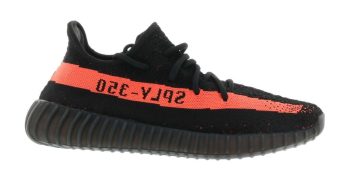 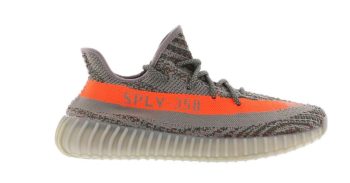 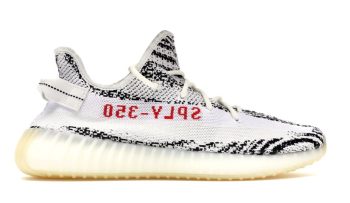 A Yeezy is inescapable!

Typically, Adidas and West release a new colorway every two or three months. The Adidas Yeezy Boost sells out within minutes anytime a new colorway drops, then they can resell for up to 10-times the original price.

An upcoming release is the Adidas Yeezy Boost 700 “analog” which is set to drop on 27/4/2019. Meaning thousands of sneakerheads would be waiting online to win a pair. 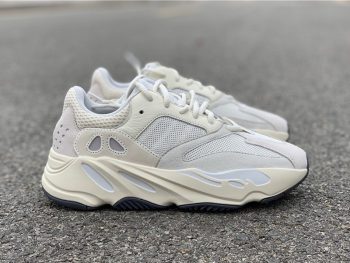 Craving for one? or two?

Instead of waiting to get lucky on Adidas or Footlocker websites, the hard-to-get Adidas Yeezy Boost 350 sneakers, are not hard to get anymore. With the use of a fast and all in one sneaker bot, the nikeshoebot will be your best bud on every release. Of course, you can cop manually, but if you want to be on top of the game in the sneaker reselling business and cop several pairs, you should have a powerful tool that will guarantee your success.

Own it, and then choose to flip it or flick it. Either way, it would satisfy your cravings!

Check out the new Yeezy releases this June.