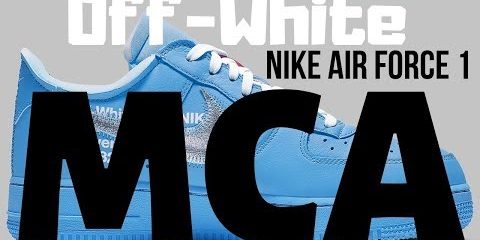 It looks like Virgil wants to end his collaboration with Nike, which started with “The Ten” collection, in a very special and surprising way. The bold look and misleading release dates surely confirm that. I mean, it’s already obvious how hard it is to cop a pair of these Off-White Air Force 1. 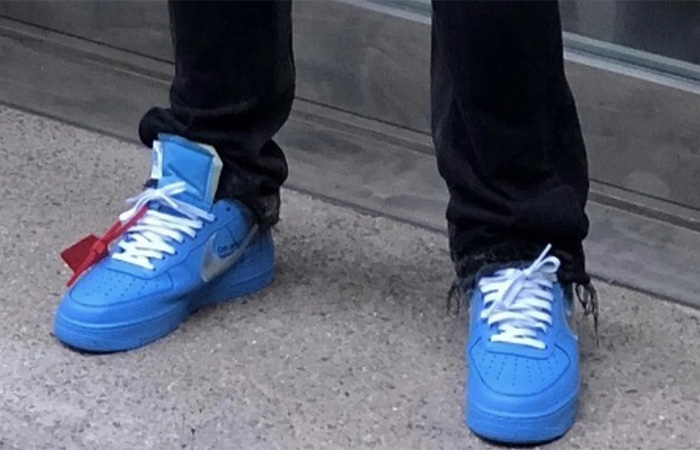 Here’s a nutshell of all the things you need to know about these Off-Whites:

It’s a rick blue paint color along with silver swooshes on the lateral and medial side and exposed stitching. Abloh’s red signature introduces a nice contrast of colors. It differs from the other “The Ten” collection in that it is leather based.

When we talk about sneaker reselling, we straight away think of Off-Whites and their crazy resale prices.

Abloh gifted the last pair of the collaborative Off-White Air Force 1s to the tennis legend, Serena Williams. And of course, he signed it along the midsole in typical fashion with “Air Williams” and “For Serena Only”.

The release dates were many with none confirmed for sure. It was expected to be June 14 and June 10 previously, but no official announcements have been made by either brand till today. It’s very likely that they will follow the same release strategy as the MoMA Exclusive earlier this year. Rumors had it that it will be released exclusively at the Museum of Contemporary Art Chicago. However, Virgil himself declared that it will not be released at the event on June 10 and he was true to his word.

We were surprised by a late-night drop yesterday (14/6/2019) on the Off-White webstore, but we still do not have any confirmation on full releases. It is expected to drop roughly by July 20.

We know that it will drop in men’s and GS sizes. Be sure that they will be using a raffle too, which makes it even harder to cop it.

The unofficial release date has already got on our nerves, save yourself the trouble and the stress of copping once it is released and reward yourself with a bot.

Why Cop The Off-White Air Force 1?

so hurry up and get prepared to cop.

Will the collaboration really end with the Nike Air Force 1 MCA? Are there going to be any more surprises?

We are all waiting for a shock drop, so stay tuned for further updates. Check out NikeShoeBot‘s successful checkouts.